Irvington is an eastside neighborhood and historic district bounded roughly by 10th Street, Arlington Avenue, Brookville Road, and Emerson Avenue. In November 1870, Jacob B. Julian, president of the First National Bank of Centerville and a former state legislator, and Wayne County auditor Sylvester Johnson purchased 300 acres of farmland along the National Road four miles east of Monument Circle. The men, joined by Dr. Levi Ritter, owner of 80 acres west of Ritter Avenue, planned to develop a community of “refinement and culture” near Indianapolis. Julian and Johnson were motivated in great part by the controversy generated when Richmond, Indiana citizens wrested county seat status from the town of Centerville, a struggle that unfolded from the late 1860s to 1873.

Johnson and Julian hired Wayne County Surveyor Robert Howard, a civil engineer, to design the plat of Irvington. Johnson and Julian asked Howard to emulate the naturalistic, winding layout of Glendale, Ohio, near Cincinnati, and one of the nation’s first planned suburbs. The result was a picturesque layout of 109 variously sized lots, centered on a main spine, Audubon Road. Oval traffic features were north and south of the pre-existing National Road. The two named the new town in honor of 19th-century author Washington Irving. Ritter, Julian, Johnson, and other landholders built substantial Second Empire and Italianate-style houses in the first few years.

The Centerville men successfully filed for incorporation of the Town of Irvington in March 1873. Real estate speculation gripped the community in the 1870s; a large addition that mimicked the winding streets of the 1870 plat, located between Emerson Avenue, Pleasant Run, and 10th Street, failed due to lack of payment on a promissory note. This, and the general business decline of the 1870s, hampered development. Subdivision of lots encouraged more modest housing. Nonetheless, the small town drew a number of families. Irvington’s early development leaped beyond the city limits of Indianapolis; much rural land separated the suburb from Indianapolis until the 1900s.

The relocation of Northwestern Christian University (Butler University) from the Old Northside neighborhood to Irvington in 1873-1875 was a defining event for the community. School officials accepted Irvington’s offer of $150,000 and a 25-acre campus site in July 1873. The fact that the school admitted all regardless of color or gender fit well with the beliefs of the town founders. The new main building on the Irvington campus was open for classes in 1875.

Enrollment grew from about 200 to nearly 2,000 students by 1928. A small quadrangle of buildings housed the school; one building, Bona Thompson Memorial Library, still survives. All Butler sports traditions began on the Irvington campus. The college attracted faculty, students, and the well-educated to settle in Irvington, in disproportionate numbers: the 1880 census reveals that over 50 percent of resident males were professionals, highly skilled laborers, or students.

Many students boarded in houses, and Greek organizations rented or built student lodgings, several of which remain. Butler stayed in Irvington until 1928, but its cultural influence was felt for decades. Even today, Irvington supports a myriad of special interest arts and civic non-profits, a legacy of the “club spirit” started by faculty and students long ago.

The cultural influence of Butler extended to the arts. A core of Hoosier School artists, who came to be called the Irvington Group, settled in the suburb. They used its picturesque sites as subject matter. Chief among them was William Forsyth, a leading instructor at John Herron Art Institute. Simon Paul Baus, Carolyn Bradley, Alice Cook, Robert Craig, Constance Forsyth, Dorothy Morlan, Frederick Polley, Robert Selby, Clifton Wheeler, Hilah Drake Wheeler, and Charles Yeager were also members. Many also taught at Herron. The Irvington Group gave the neighborhood the distinction of being one of few Indianapolis places with its own art movement. Exhibitions were held at various places in Irvington from 1928-1937. The neighborhood has a representative, permanent collection of several hundred pieces at the Bona Thompson Memorial Center. 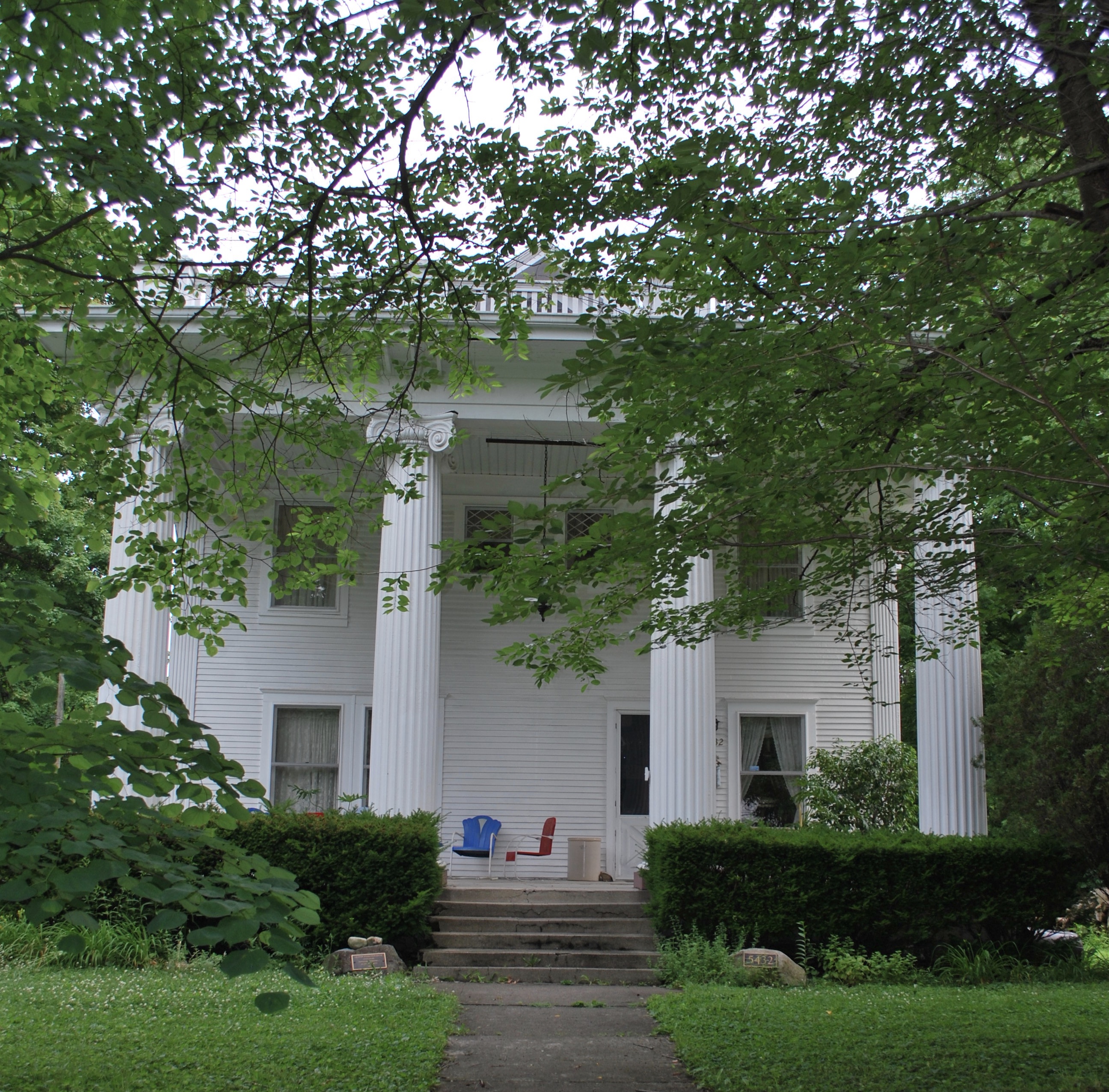 The Graham-Stephenson house, constructed in 1889. The home was purchased by D.C. Stephenson, Grand Dragon of the KKK, who added the large porch to demonstrate his power.
View Source

Schools for younger students were part of the early plans for Irvington. Johnson and Julian funded the construction of a brick schoolhouse next to Irving Circle Park, which opened in 1874. After the annexation by Indianapolis, several Indianapolis Public Schools (IPS) schools served the area, including IPS no. 57 at Washington and Ritter (1904), School no. 85 on S. Arlington Avenue (1928), and School #77 (1952). Butler had a high school program until 1905, but many families elected to send their children to Arsenal Technical or Shortridge for high school. It was not until 1937 that IPS built Howe High School with WPA funding. Most Irvington teens could once again walk to school.

The town founders forbade many kinds of industries in their deed restrictions, but this did not pertain to commerce in general. Two of the earliest buildings in town were commercial (a depot on the Indiana Central Railway (Pennsylvania Railroad) and a nearby hotel). Around the crossing of the Pennsylvania Railroad and Audubon Road, a small business district developed, with grocery, drug store, dry goods, post office, and other necessities. 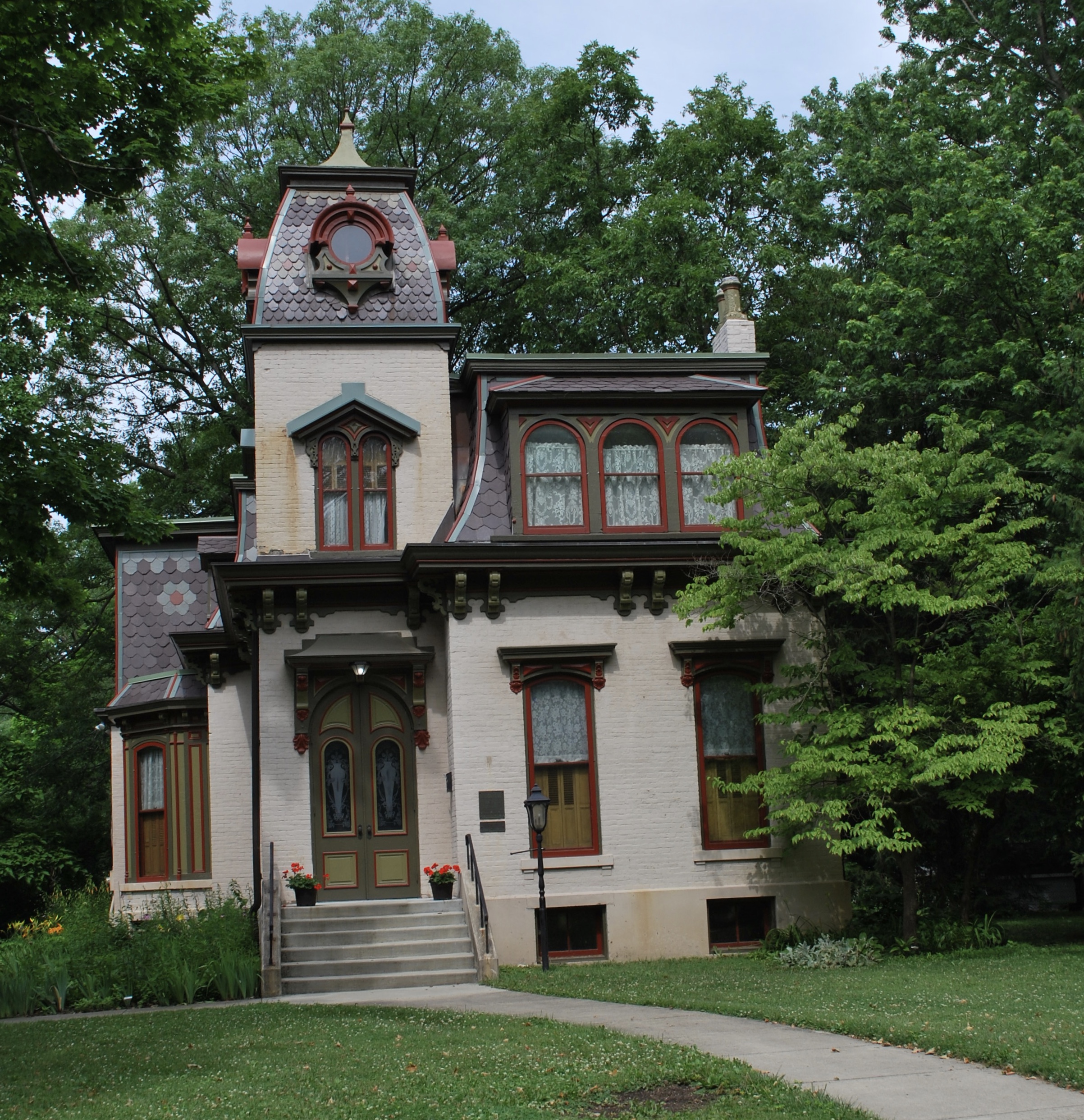 Transportation to and from downtown Indianapolis was both a problem and an opportunity. After the Pennsylvania Railroad built their small depot in 1872, arrangements were made to offer limited steam train commuter service to Indianapolis. Hacks (horse-drawn, multi-passenger coaches) also ran back and forth to the capital. In the mid-1870s, town businessmen founded the Irvington & Stratford Railroad, a mule-powered trolley line, to better connect the suburb to downtown Indianapolis. Citizens Street Railway later subsumed the line into its citywide system.

In 1892, the firm relocated the Irvington leg from its English Avenue alignment to Washington Street, and shortly afterward, they installed power lines and began electric trolley service. This made commuting all the easier for middle-class clerks and supervisors who wanted to live in Irvington. Interurbans added to the mix along Washington Street in June 1900, when the line to Greenfield began operations. Irvingtonians now had three rail options. 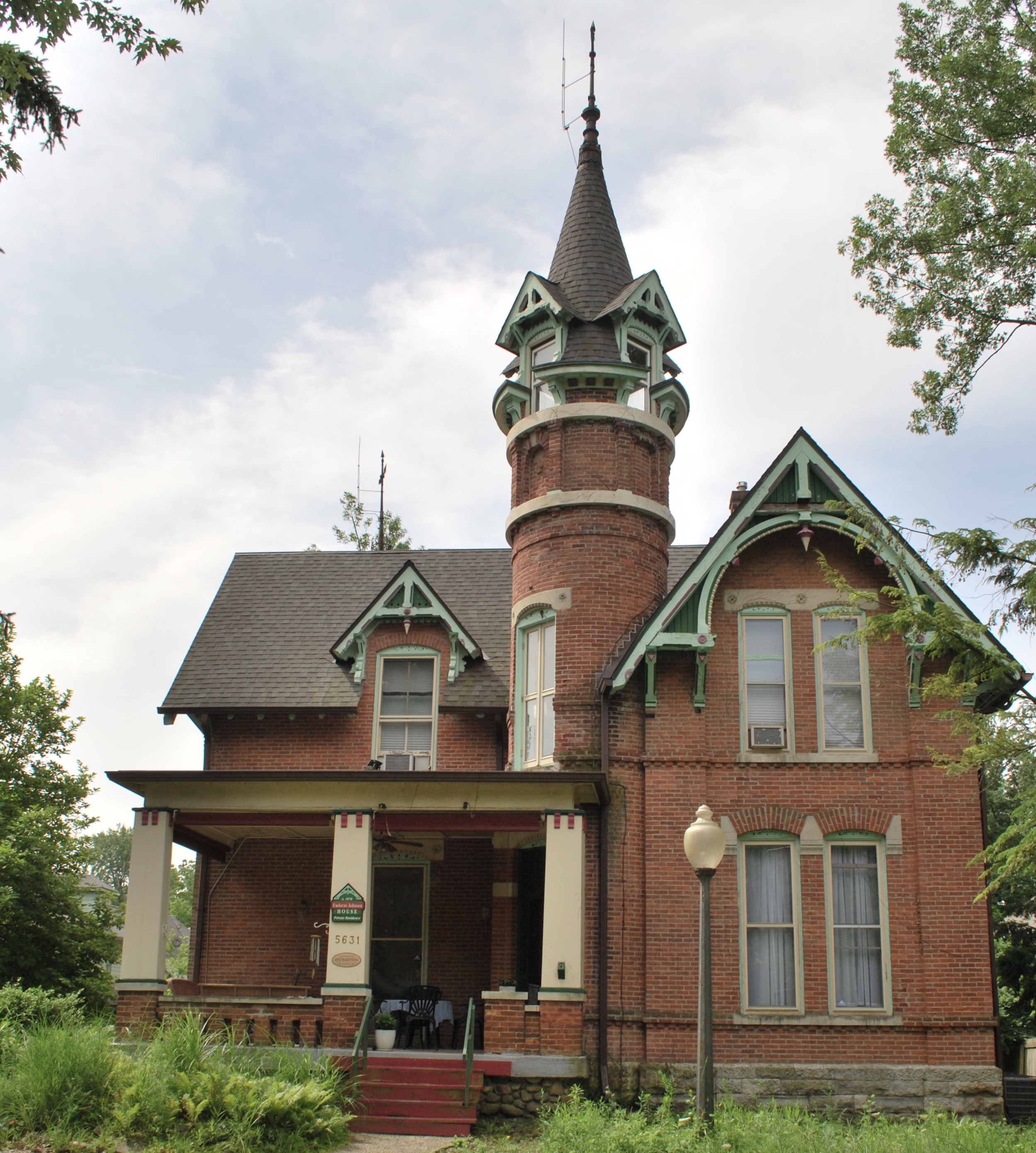 Fueled by ready transportation, commercial development spread along Washington Street. By 1920, its banks, fraternal lodges, and shops far surpassed the small clutch of stores around the older Pennsylvania Railroad crossing. Washington Street had been a segment of the National Road, even before Irvington’s founding in 1870. The street was already a main autoroute when Federal officials designated it to be part of U.S. 40 in 1926. By 1940, Irvington had a dozen filling stations along Washington Street.

Annexation was another significant milestone for Irvington. Lack of funds for a fire department and street paving, among other issues, led the town of about 2,000 residents to acquiesce to annexation by Indianapolis in 1902. Annexation also benefited parks. Irvington gained Pleasant Run Parkway, Ellenberger Park, Ellenberger Parkway, and Pleasant Run Golf Course as part of the Indianapolis Park Department’s expansion. Several of these acquisitions were foreseen in the Kessler Park And Boulevard Plan of 1915. New subdivisions, such as Pleasanton (between Pleasant Run, Michigan Street, and Emerson Avenue, platted 1915) and Irvington Terrace (just east of Arlington Avenue, between the golf course and Washington Street, platted 1913) expanded Irvington and offered middle-class clerks and their families hundreds of new bungalow houses. Other additions extended north from Pleasant Run Parkway to 10th Street; these were built out in the 1920s and 1930s with Tudor Revival cottages. 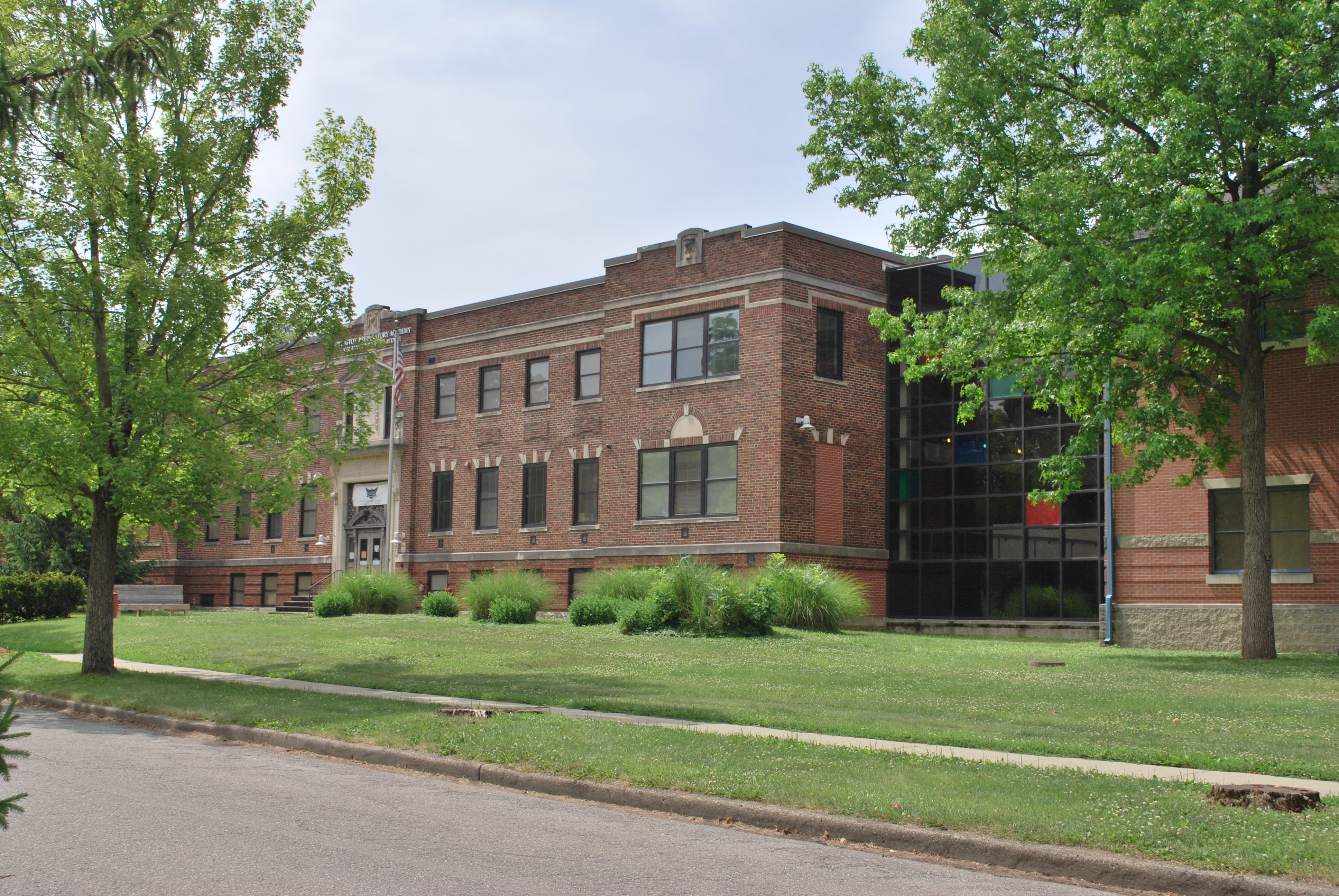 Aside from Butler, churches bound the community together. Butler was affiliated with the Disciples Of Christ /Christian Church, and shortly after the main building was opened in 1875, a congregation used the small chapel there. Eventually, this became Downey Avenue Christian Church. Another outgrowth of the Disciples-Butler connection was the Christian Women’s Board of Missions. The all-female-led group built their own missionary training school next to the Butler campus and began classes in 1909. The building later housed the international headquarters of the church congregation, from 1928-1995. Replicating the Butler era “town & gown” feeling of past years, many current or former missionaries or staff lived in Irvington and were avid community boosters. Irvington also had its other Protestant congregations, each with large Gothic Revival sanctuaries, Presbyterian (1928), and Methodist (1910/1925), among others.

Irvington Baptist Church, a traditionally African American congregation, also exists in Irvington. The town founders had no restrictions on sales of lots to African Americans, as had many other subdivisions. Many found opportunities in the small town’s varied economy. The congregation was formed in 1887 and is still active today. 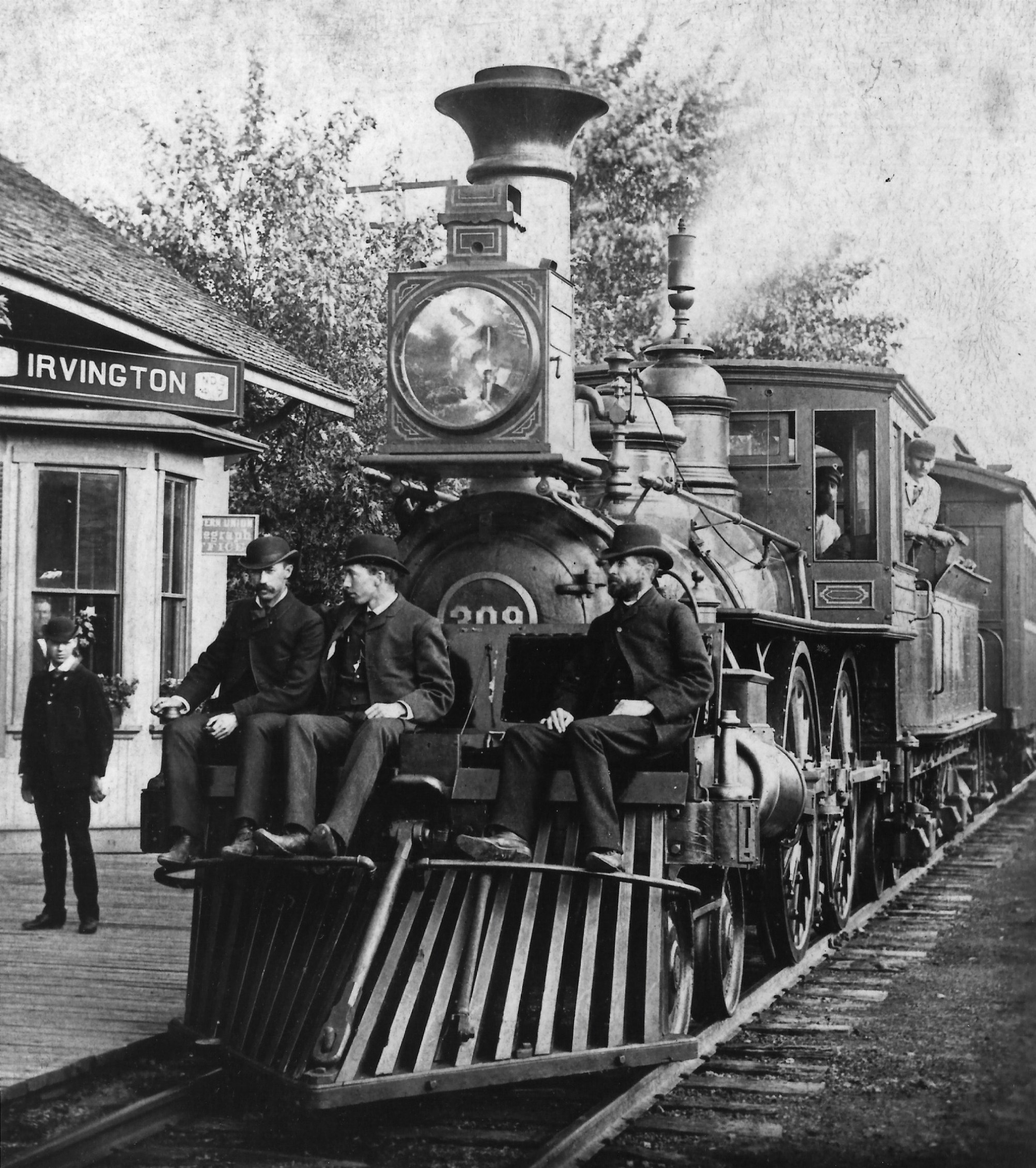 The formation of Our Lady of Lourdes Catholic Church in 1909 added both a new religious outlook for Irvington and another grade school choice, one increasingly sought by non-Catholic parents after the 1980s.

Washington Street became a focus for a recent phenomenon after World War II: America’s obsession with Halloween. Springing from a community event held in 1927, and renewed in 1946, the Halloween Festival is among the largest and oldest annual street fairs in Indianapolis. One of the festival’s key events reflects Irvington’s artistic past. Children (and adults) use tempera paint to color shop windows.

Is this your community?

Median Household Income
Housing Units by Year
Percentage of Houses Built over Decades
To open this data in SAVI and see the boundaries it represents, click here.

The Christian Church (Disciples of Christ) descend from the 19...Read More »

According to some historians, the first movie theater in ...Read More »

Warren Township is located in the eastern portion of ...Read More »