In the early evening of May 3, 1876, the day of a special election for city councilmen, a disturbance broke out following a rumor that would-be African American voters, overwhelmingly Republican, were being beaten and turned away from the polls in Ward 6, a Democratic stronghold. 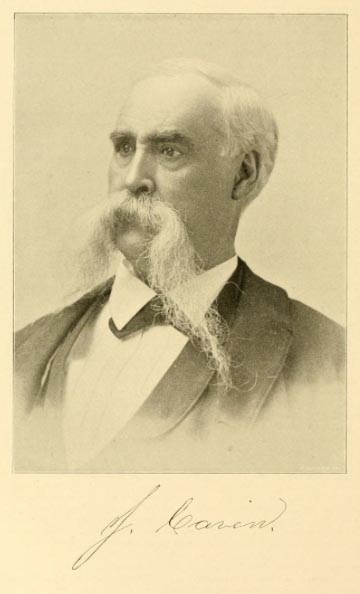 John Caven was Mayor of Indianapolis during the Election Riot of 1876. He addressed crowds and urged calm following the events.
Public Domain View Source

As Black residents of Ward 4 moved to investigate, they armed themselves with wooden spokes from the Woodburn-Sarven Wheel Company on South Illinois Street. The police tried to disarm them as they neared Pogue’S Run and immediately a fight started between the African Americans, the police, and Irish bystanders.

Numerous Black residents were injured, one of whom later died; no whites were reported as seriously injured. Calm returned within an hour and the wounded were removed, but a large crowd remained in the area. Mayor John Caven and others addressed the crowd from the balcony of the Bates House at the corner of Illinois and Washington streets. The mayor also spoke to Ward 4 residents in their neighborhood and urged calm.

Press coverage of the incident reflected a divided community. The Indianapolis News blamed those who started the rumor for the rioting and criticized the police but concluded that the African Americans should not have gone to Ward 6.

The Indianapolis Journal, believing that the African Americans had not sought a fight, criticized the police and reported that the Irish had taken an aggressive role in the incident. The Sentinel concluded that African American voters had initiated the fighting and that they had been voting repeatedly for Republican candidates and inciting trouble in all the wards.

The affair highlights, in its most extreme form, the violence that sometimes resulted as the political process began to accommodate, often unwillingly, the participation of newly enfranchised African American voters in the years following ratification of the 15th Amendment.