Beech Grove is a suburban town located about six miles southeast of downtown Indianapolis. It was a quiet farming community in the 19th century. In 1837, Wesley Chapel was organized as the first church. The first school opened in 1868. F. M. Churchman, a banker who owned a large cattle farm in the area, convinced the railroad to build a shipping spur. The little station was named Beech Grove, reportedly after a nearby stand of old-growth trees. 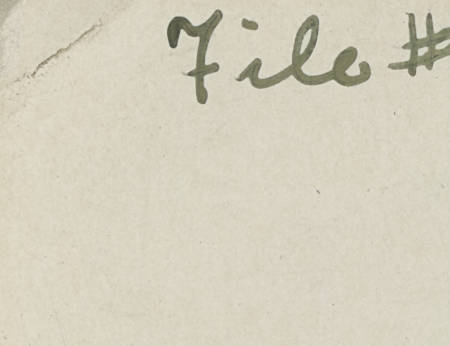 A significant change came in 1906 when the New York Central Railroad purchased 640 acres to construct a $5 million locomotive shop and equipment plant. Cottages and businesses sprang up as workers arrived to build the shops. Beech Grove streets were laid out and named for cities served by the Big Four Railroad—Albany, Buffalo, Cleveland, and Detroit.

Within two years, the railroad facility was touted as the “largest locomotive hospital in the world,” with the capacity to service 48 engines at one time. Beech Grove grew as the railroad shops expanded. The Main Street business district thrived and new companies were attracted to the area. St. Francis Hospital was built in 1914 and later became one of Beech Grove’s largest employers.

By the 1950s, however, the steam locomotive shops cut the number of employees as new diesel engines were serviced elsewhere. In 1953, 2,000 workers were laid off, though 600 were later called back. Plans to convert the aging shops for diesel service were complicated when the owner, Penn Central, filed for bankruptcy. In the late 1970s, Conrail and Amtrak took over the facility and employed 700 workers.

Although Conrail left in 1981, Amtrak continues to operate the shops, which remains a major employer in the city with over 500 jobs. Beech Grove responded to the cutbacks by attracting new industry and diversifying its economy. Commercial development along I-465 and in a nearby industrial park brought new businesses into the area. Archer Daniel’s Midland’s Beech Grove wheat-milling facility is the third largest flour mill in the United States, and Indiana Oxygen, the oldest gas and welding supply distributor in the U.S., maintains an oxygen production plant on Bethel Ave.

In 1984, Main Street merchants took on an ambitious revitalization program funded by a grant from the state Department of Commerce. To attract shoppers, new sidewalks and streetlights were installed and exterior restoration work was planned.

Renewal efforts have extended to an investment in Beech Grove Parks, the installation of the landmark Beech Grove Tower which welcomes visitors and residents to the downtown Main Street corridor and development in the central business district.

Despite the revitalization initiative Beech Grove continues to struggle. In 2012 St. Francis Hospital shuttered its doors after an unsuccessful attempt to purchase nearby homes that would have accommodated a much-needed expansion and potentially saved the hospital. Instead, St. Francis Hospital built a new facility seven miles south and demolished the former structure in 2017. Across the street from the former hospital sit two vacant buildings, a shuttered Starbucks Coffee Shop and a closed Marsh Grocery Store, which have left an entire city block desperate for development.

One of the Excluded Cities in the Unigov structure, Beech Grove remains one of the few self-governing cities in Marion County and has its own city council, mayor, police and fire departments, and school system. In the 2010 census, Beech Grove counted 14,204 residents. In the 2019-2020 academic year, the Beech Grove City School system served 2,939 students with one enrichment academy, two elementary schools, one intermediate school, one middle school, and one high school. Enrollment is down 6.6 percent since its peak in the 2017-2018 academic year.

Originally established circa around 1945 as a four-sheet, letterhead-size tabloid ...Read More »

The office of county sheriff is established by the ...Read More »

Wanamaker is a Franklin Township community centered at the ...Read More »

In Indianapolis, annexation involved a struggle between those in ...Read More »

One of the compromises made to secure passage of ...Read More »